This village has had many service members who gave their lives to protect our freedoms and we are thankful for each one of them.  Some of those fallen service members received the Purple Heart which dates back to the Revolutionary War.

The original Purple Heart, designated as the Badge of Military Merit, was established by George Washington – then the commander-in-chief of the Continental Army – on August 7, 1782. The Badge of Military Merit was only awarded to three Revolutionary War soldiers by Washington himself. Washington authorized his subordinate officers to issue Badges of Merit as appropriate. Although never abolished, the award of the badge was not proposed again officially until after World War I.  August 7 of every year is recognized as "National Purple Heart Day.”

It is my honor to recognize eight more Purple Heart Veterans from our community. These men through their heroic acts were given this prestigious medal. As a community we appreciate their service to the country.
The Village of West Liberty Purple Heart Memorial is dedicated in honor of Purple Heart recipients who resided in the 43357 zip code when he or she joined the armed forces or was drafted to defend and serve our great Country in time of war or currently reside in the 43357 zip code. We will continue to recognize all those 43357 Purple Heart Veterans that we find in the future.

Each year after the Proclamation event starting in 2023, the Village will recognize those individuals on August 7 which is National Purple Heart Day. 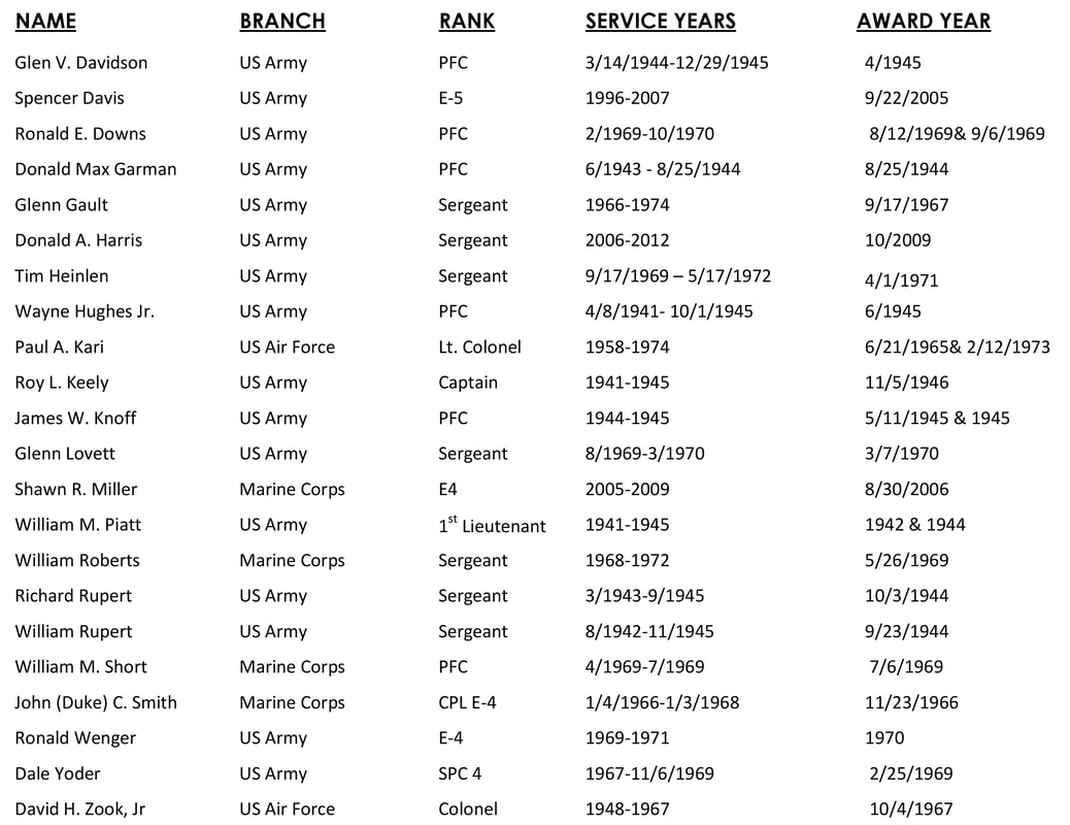